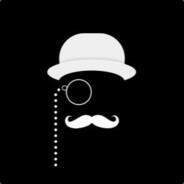 By SoulCircle, January 14 in Staff Submission

This topic is now closed to further replies.
Sign in to follow this
Followers 2
Go To Topic Listing